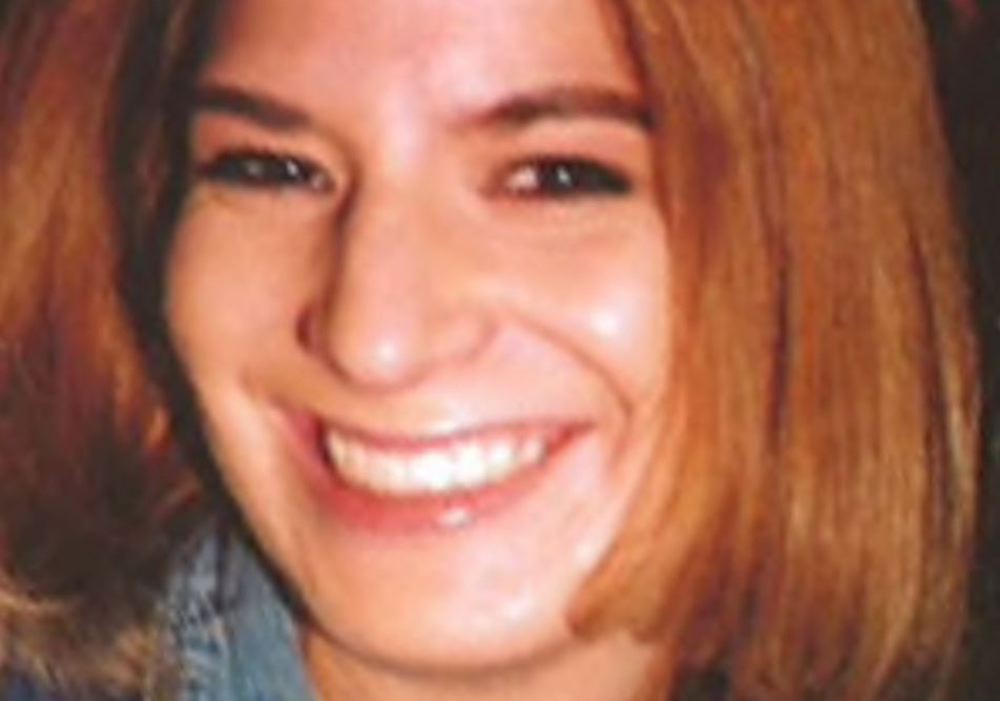 The Murder of Caralyn King

By Stories of the Unsolved in Murders, Unsolved on March 5, 2020
No comments

Caralyn Aubrey King was born on December 28, 1974. Her mother, Kathy King, was a single parent who was living on welfare and finishing up the last of her university degree, and her father was unemployed and not in the picture. While an only child at first, her family would later grow to include a few step-brothers.

While her mother was at work, Caralyn, who normally went by “Cara”, would stay with her aunt. As such, her cousins were like siblings to the young girl. When Kathy would return home in the evenings, the pair would spend a lot of time together and could often be found shopping, watching TV, playing games and reading books. Visits with friends and relatives were also a regular occurrence.

Cara was known as an adventurous and happy-go-lucky child. Described as a cheeky toddler who was known to be cocky while in her teen years, she frequently had a smile on her face and was the light of her mother’s life. She had a love for the outdoors, the result of numerous visits to her grandfather’s farm, and she had a deep love for animals, especially horses. This love led the young girl to begin entering equestrian jumping competitions while she was a teenager.

Cara’s zest for life sometimes got her into trouble. Her daring nature would often lead her to make friends with those in the wrong crowd, something further spurred on by her low self-confidence whilst in school. She had a learning disabilities and thus struggled, and turned to other ways to be accepted by her peers. It was around this time that she began experimenting with drugs and alcohol.

Leaving home when she was just 18 years old, Cara soon became lost in a cocaine addiction, which she would support through the sex-trade. This was something her family and friends never thought would happen and they felt lost as to how to help the young girl. Her drug use often led to a drug-induced psychosis and she was admitted to a psychiatric hospital numerous times. She was also arrested twice for solicitation after being found working the streets. While her mother would try to offer her support and get her into treatment, her attempts were often unsuccessful.

It’s also been shared that Cara was battling an undisclosed mental health issue, for which she had once been hospitalized.

Hoping to get her daughter into a stable living situation, Kathy would set up apartments for her. However, due to the company she kept, she often found herself being evicted. As such, she would bounce between her boyfriend’s house, shelters and the couches of friends.

As Cara grew older, she began to wonder about her father’s side of the family. While she knew who he was, she hadn’t had much contact with him and wanted to learn more. Shortly before her disappearance, she had begun to build relationships with relatives on his side of the family.

At the time of Caralyn’s disappearance, she was 22 years old and living in a women’s shelter.

On August 2, 1997, Kathy and Cara made plans to meet the next day. Kathy’s regular routine was to meet with her daughter once a week to buy her a meal, purchase for her a week’s worth of groceries and to sometimes get her clothes. When Cara didn’t show up for their meeting, Kathy wasn’t too worried, as she often lost track of time.

Two days later, on August 5, Cara missed a scheduled court appearance. The next day, a friend of hers called Kathy to ask if she’d seen her, as no one had heard from her in a couple of days. After this call, Kathy began to track down Cara’s associates to see if anyone had seen her during the previous few days.

On August 9, Kathy attempted to file a missing persons report with Edmonton police, but was denied and told to check local hospitals and jail cells. After two days, she tried again, only to be told she was still not able to file a report. The police service’s refusal to get involved in Cara’s disappearance led Kathy to begin searching on her own and she began to pass out posters with her daughter’s picture on them.

On August 23, Kathy once again brought up her worries to police, but was told there was no concern unless evidence of foul play was discovered. Eventually, after 23 days of trying, she was finally able to file a missing persons report for her daughter and an official search of the inner city began. Unfortunately, before said search occurred, Kathy was told by an officer that the next step would be to wait for Cara’s body to be found, something which greatly upset the already worried mother.

On September 1, 1997, a young farmer harvesting crops in his family’s canola field in Sherwood Park discovered human remains. The field is on Strathmoor Way in Strathcona County, near Highways 16 and 214. The farmer contacted his parents, who called the RCMP. When investigators arrived, they found remains that were decomposing, but “not quite skeletal”, and found it difficult to determine the body’s gender.

Kathy didn’t learn about the body’s discovery until the next day, September 2, as she’d missed the previous night’s evening news. After learning about it, she contacted the RCMP to inform them that Cara had been missing a month, which led them to ask where they could obtain the missing girl’s dental records. This would lead to the body being identified as that of Caralyn Aubrey King.

Upon the body being found, the investigation was turned over the the Strathcona County detachment of the RCMP.

Kathy currently has a copy of Cara’s autopsy report and says it’s inconclusive. There are notes that the bones had scavengers’ damage, indicating she’d been dead for a while before being found. Kathy has promised detectives she won’t share the results with anyone, so as to not jeopardize the active investigation.

After the first memorial service for Cara, investigators borrowed the guestbook to review the list of names for any potential persons of interest in the case. It was later returned to Kathy.

In 1999, Kathy wrote a letter to Edmonton’s chief of police to voice her concerns about the investigation into Cara’s murder. It was after this that her relationship with the police service improved, primarily because she kept on them regarding the status of the investigation.

In October 2003, Project KARE, a police unit tasked with investigating Alberta’s unsolved murder and missing persons cases involving vulnerable women, was created. It would become involved in the investigation of Cara’s murder.

Before Canada’s national inquiry in the country’s missing and murder Indigenous women began, Kathy had shared that she wasn’t fully supportive of it, as she didn’t think it would reveal any new information. However, she understood why other families would want one to occur. When the inquiry finally went underway, she shared the following recommendations: that there be public and respectful recognition of those who are missing and murdered; that there be a focus on consumers to help stem sexual exploitation, with more resources for those who are being victimized; that there be coordinated services for those struggling with developmental delays, addiction and mental health issues; and that there be more credibility for families and improved responsiveness from police when someone is reported missing.

In 2012, Cara’s remains were buried at Holy Cross Cemetery during a second memorial service. Kathy kept part of the cremated remains, which she placed in a small urn.

Kathy says her relationship with the investigators of Project KARE is in good standing, despite not having received any new information regarding the investigation. She feels the overall investigation was botched from the beginning, due to Cara’s drug use and sex-trade work.

1) One theory held by many who have come across this case is that Cara’s death is the result of a serial killer, who is targeting sex-trade workers in Edmonton. This is due to the numerous women who have gone missing on the city’s streets and been found dead in the surrounding areas. Investigators will not say if Cara’s death and the deaths of other sex-trade workers is the result of one killer or many, but have shared there is no evidence to point to the murders being serial killings.

2) Kathy wonders if convicted murderer Thomas Svekla was involved in Cara’s murder. Svekla has a long criminal history, which includes sexual assault and murder. In June 2008, he was convicted in the death of sex-trade worker Theresa Innes, and two months later he was found guilty of sexual assault and uttering threats in a case involving another woman. As well, in March 2009, he was convicted of sexual interference and sexual assault in relation to a 1995 case involving a 5-year-old. As a result of his crimes, he’s been deemed a dangerous offender and will remain in prison indefinitely.

Investigators have not shared if there’s a possible link between Svekla and Cara’s murder.

Kathy keeps a shrine to her daughter atop a cabinet in her home office. It features numerous keepsakes, including candles, photos and statues of angels, which surround the urn containing her ashes.

Kathy has launched a website, which she’s used to publish a manuscript of Cara’s life story. It also features the records she’s collected of 150 of Alberta’s missing and murdered Indigenous women, as well as resources for victims and information about anti-sexual exploitation.

Kathy has become an advocate and volunteer for the Edmonton-based Centre to End All Sexual Exploitation (CEASE) and Victims of Homicide. In August 2018, she helped to organized a billboard to create awareness about the lack of resources available to those who are vulnerable and to generate tips regarding the area’s unsolved cases. Instead of using an photo of Cara, she opted to choose an image from the Red Dress Project, along with CEASES’ URL and logo. The billboard was initially set up at 97 Street and 111 Avenue and was later moved to Yellowhead Trail, an expressway that runs east of Edmonton, toward the area where Cara’s body was found, and west toward British Columbia’s Highway of Tears.

Those with information regarding the case are asked to contact the Strathcona County detachment of the RCMP at 780-467-7749.