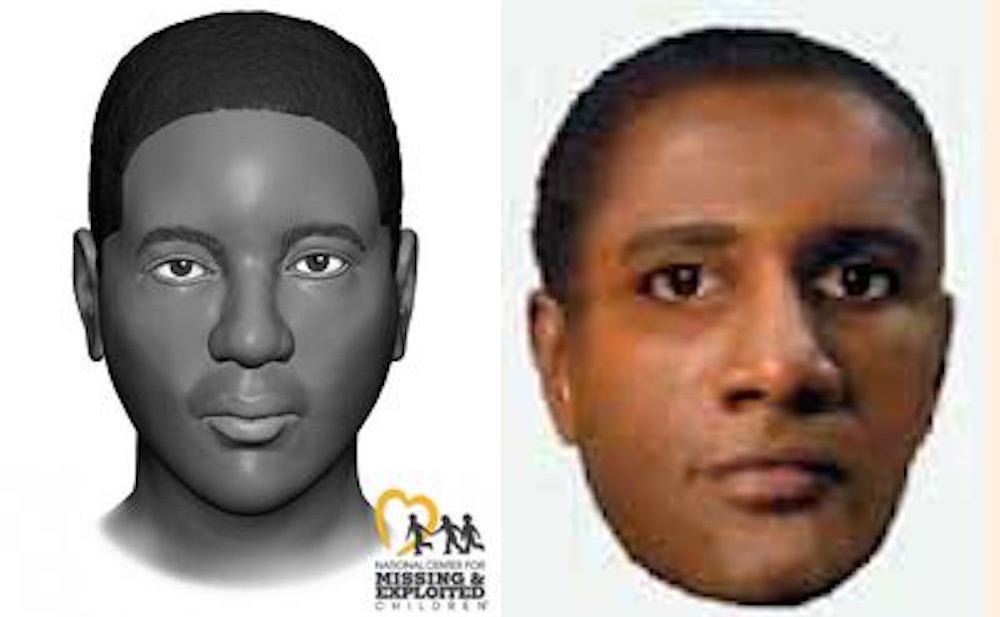 On May 3, 1998, volunteers with the Ramapo College chapter of the Adirondack Mountain Club were cleaning up the parking area of the Long Mountain rest stop in Bear Mountain State Park, located in Woodbury, Orange County, New York. The rest stop, which is located on US Route 6, is a rest area often frequented by hikers. During the clean up, they discovered skeletal remains wrapped in a plastic tarp, which prompted them to contact the local authorities.

Upon the remains being brought in for examination, it was determined that John Doe had most likely died between 1988 and 1993, although some sources say he could have died as early as 1985.

The cause of death was determined to be a homicide by gunshot. He had been shot twice in the head, and analysis of the bullets uncovered that he’d been shot with two different caliber guns.

John Doe is described as African-American, and is believed to have been between 17 and 35 years of age. He stood anywhere from 5’6″ to 5’11”, with estimates saying he was most likely 5’9″, and he weighed between 140 and 160 pounds. Despite his hair and eye colour are unknown, it’s believed he had short, black hair.

When found, he was wearing a black Fruit of the Loom t-shirt with a rainbow leading to a pot of gold decal, which had the phrase “Follow Your Dreams” inscribed on it; a spring-like navy blue zippered Sir Jac jacket; blue Lee jeans; navy blue boxer shorts; and white low-top Pony sneakers. It’s been noted that his shoes were out of date at the time his remains were found.

John Doe had numerous items on his body when found, including a hair pick, a metal nail file and a yellow Bic lighter. He also had in his possession a French/English dictionary, indicating he could possibly have been from Quebec or a French-speaking country.

He is said to have been knock-kneed. Two healed fractures on his ribs indicate he’d suffered trauma early in his life, and it appeared as if he’d fractured his right hand just a few weeks before his death.

In terms of his dental health, it’s been noted that it appeared he’d underwent a root canal at some point in his life. He also had a couple of fillings and crowns, and some of his teeth had been missing prior to death.

John Doe’s dental records are available for comparison. Unfortunately, fingerprints aren’t available due to the condition the remains were in when found, and there wasn’t sufficient DNA to create a profile.

Those with information regarding the identity of John Doe are asked to contact New York State Police at 917-492-7100 or the Orange County Medical Examiner’s Office at 212-447-2770.