On August 16, 1975, a truck driver discovered the body of an unidentified woman in a drainage ditch in East Haven, New Haven County, Connecticut. The body was discovered behind the former Bradlees department store on Frontage Street, which is now a Carmax.

When found, Jane Doe was wrapped in a canvas tarpaulin. She had been bound with black electrical cord around her neck, waist and knees, and she had also been gagged.

Upon the body being brought in for examination, it was determined that Jane Doe had died approximately four to five days prior to being found. Her cause of death was deemed homicide by asphyxiation.

Jane Doe is described as white, and was around 18 to 28 years old. She stood between 5’5″ to 5’6″, and weighed approximately 125 pounds. She had dark brown hair and hazel eyes. When found, she wasn’t wearing any clothes. However, she did have silver metal circlet earrings.

She may have had a small mole under her chin, and it’s believed she had cosmetic surgery to reduce the size of her nose. A look at her teeth showed potential orthodontic work, which has led investigators to believe she may have been from either a middle-class or affluent family.

It’s believed Jane Doe wasn’t from New Haven, and some authorities speculate she was a transient who happened to be dumped in the area by someone who fled via Interstate 95.

An undisclosed item was used to gag her, which indicates to police that the murder happened locally. Specifically, it’s believed her murder, which is thought to have been premeditated due to the extensive binding, was committed elsewhere in the area and then she was dumped along Frontage Road. They haven’t revealed the item, as it’s something only her killer could identify.

Dried white paint spots on the tarpaulin indicate that her murderer might be associated with the paint trade.

Glen Askeborn has been brought up as a potential suspect in Jane Doe’s murder. He was living living in East Haven at the time and is believed to have been responsible for at least one similar murder in Maine. He was known to dress as a woman and go by the alias “Samantha Glenner”. However, he has denied any involvement in Jane Doe’s death.

2) Deborah Spickler, who went missing from Vernon, Connecticut on July 24, 1968.

Those with information regarding the identity of Jane Doe are asked contact the East Haven Police Department at 203-468-3827. 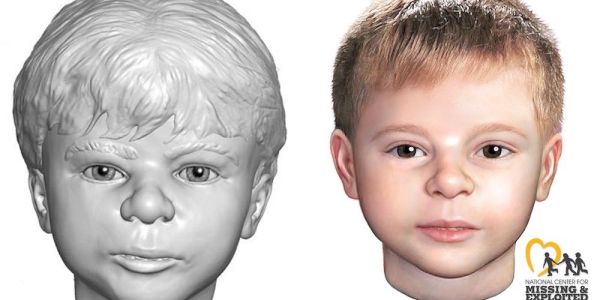