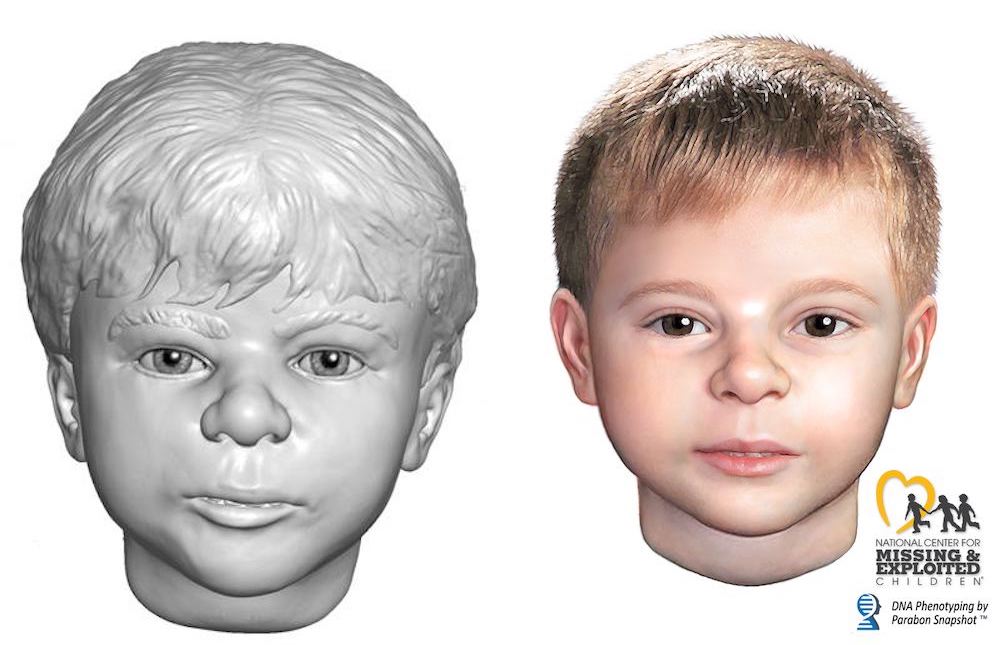 On the evening of July 11, 1963, a Rogue River man by the name of Roy Rogers was fishing with his wife and two co-workers in the Keene Creek Reservoir along Highway 66 in the mountains east of Ashland, Jackson County, Oregon. While his line was in the water, he hooked what he thought was a blanket roll. However, what he was staring at was the body of a young boy. He reported the discovery to the fire warden in Lincoln, who relayed the information to the Oregon State Police.

The young boy was wrapped in an aqua blanket and a handmade patchwork quilt that featured lots of red, including red gingham squares. Thin brass wire and several loops of copper wire with a lead sheath and rubber insulation had been used to secure the bundle, and two iron assayer’s moulds were wrapped around the blanket, acting as weights to keep the boy’s body underwater.

When the young boy’s body was brought in for examination, it was found the the freezing temperatures of the previous winter had helped to preserve the remains. This meant that it was difficult for the medical examiner to pinpoint an exact date of death. However, it was determined he’d likely died sometimes after October 1962.

The cause of death was undetermined and investigators classified it as a homicide. They have not ruled out the possibility that the boy died of natural causes, but that whoever dumped his body was unable to afford a conventional burial and/or feared facing repercussions for his death.

The Jackson County Sheriff’s Office took over the case from the Oregon State Police. However, the agency, along with the FBI, continued to assist.

John Doe’s footprints were taken with the help of the FBI. Deputies spent several days comparing them to the imprints of newborns who’d been born at local hospitals around the time they estimated him to have been. At the time, dental records were rarely used to identify remains. This case would inspire law enforcement agencies to document dental information for future cases, as the boy had unique dentition that would have made him easy to identify.

The story of the young boy’s discovery was regularly featured in local newspapers, such as the Medford Mail Tribune and the Ashland Daily Tidings, throughout July and August 1963.

As a result of the media attention, tips were called into the Sheriff’s Office, which deputies documented in a special logbook. They had pages of reports, photographs, and letters and telegrams from nearby jurisdictions, but they still could not uncover John Doe’s identity.

At the time, a woman by the name of Mrs. Cecil Johnson came forward to say she believed she had fostered the child. She’d reported that she’d taken care of a young boy whose description matched that of John Doe for two years, as his mother was only 14 years old when she’d given birth. On January 31, 1963, a woman calling herself “Mrs. Uridel” and claiming to be with child welfare came to collect the boy after hearing rumours that the Johnsons were experiencing financial troubles. When he’d left the residence, he’d been wearing a red and white striped t-shirt, white shoes and corduroy pants. Mrs. Johnson had been suspicious of the encounter, as no one came to collect the remainder of his clothes, nor his medical records.

Police would like to once again speak with Mrs. Johnson, if she’s still alive.

John Doe was buried in Hillcrest Memorial Park in Medford, Oregon. In the days after the burial, a bouquet of sweet peas was left on the grave, which had been marked with a flat metal marker, reading, “John Doe, name known only to God.” This piqued investigators’ interests, leading them to speak with the cemetery sextons and local florists to determine where the arrangement had come from. However, it was concluded that they were likely meant for another grave, as a baby had been buried nearby at around the same time.

In August 2008, his body was exhumed and DNA samples were obtained. A facial reconstruction was also created. Those involved in the case also reread old reports and spoke to those who’d initially worked on the investigation to see if they could remember anything.

In February 2021, Parabon NanoLabs announced it was working to identify John Doe.

The deceased is described as a white male between one to two years of age. He stood between 2’8″ and 3’2″ and weighed approximately 19 to 30 pounds. He had long sandy blond-to-light brown hair. Due to the level of decomposition, his eye colour is unknown. The remains featured eight upper and eight lower teeth. One of his lower front teeth was bifurcated, meaning it had two roots and a surface split by an odd groove.

When found, John Doe was wearing a red, long-sleeved pullover shirt with thin, white stripes; grey corduroy pants with an elastic waistband and a buckle for adjustments; a cloth diaper fastened with blue diaper pins and covered with plastic pants; anklet socks; and white walker or leaner shoes known at the time as “Jumping Jacks”. While the shoes are believed to have been bought at a local business called Norris Shoe Store, the rest of the clothing appeared to have been from a JCPenney store. The quality of the clothes have led some to believe he was well taken care of before his death.

He’s believed to have possibly suffered from a developmental disability or genetic abnormality. He showed characteristics of Down Syndrome.

According to reports, the moulds used to wrap the bundle were designed for refining and casting metal. While the telephone wire was once considered common, it was seldom used by the time his body was found.

John Doe’s DNA and dentals are available for comparison. While the detectives at the time did not take his fingerprints, copies of his footprints are still available.