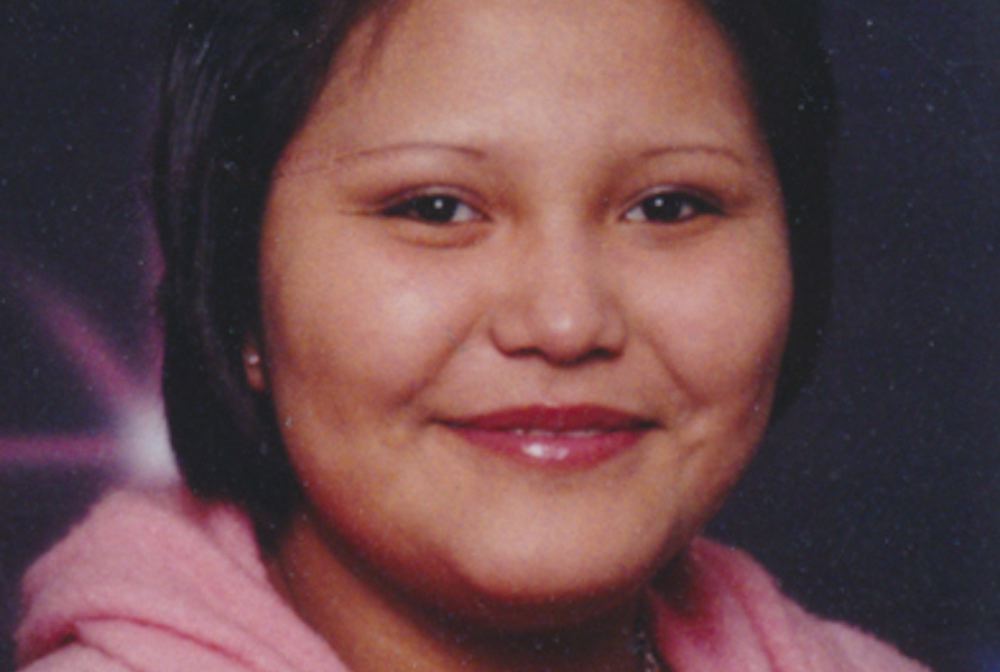 The Disappearance of Chantelle Bushie

By Stories of the Unsolved in Missing Persons, Unsolved on February 8, 2021
No comments

Chantelle Bushie was born on April 2, 1991 in Grande Prairie, Alberta, Canada. The daughter of a single mother, she and her family had a difficult time during her upbringing, with Chantelle in particular experiencing numerous traumatic events. When she was 11 years old, she and her brother witnessed the death of their younger sister, Summer, after she fell under a wagon wheel during a community event, and it’s reported that Chantelle was sexually abused during her teenage years.

The Bushie family are of Alberta’s Dene Tha’ First Nation and spent some of Chantelle’s childhood living in one of its three communities, Meander River. When she was 12 years old, her mother, Vivian, moved the family back to Grande Prairie, where she enrolled in the Teacher Education North program at a local college, in the hopes of one day working with Indigenous students in rural, northern schools. However, due to the stress of raising her children and having to work, on top of her educational funding being cut off during the summer months, she was forced to drop out after only a year.

Unfortunately, Chantelle and Vivian’s relationship began to deteriorate upon returning to Grande Prairie. As she entered her teenage years, she began to cut class and run away, often disappearing for days at a time. According to Vivian, her daughter felt as though she didn’t belong anywhere and thus had a difficult time making friends. She eventually ended up spending time with a bad crowd and they began to influence her behaviour.

According to authorities, Chantelle led what’s been deemed a “high-risk” lifestyle. She was known to police as someone who would hang around sex workers and drug dealers, although she participated in neither activity, and her running away meant she was known to local law enforcement. This prompted her mother to contact child welfare in order to see if there was anything she could do to help steer her in the right direction. However, their response was that they could only get involved if Chantelle ended up becoming a risk to herself.

Despite her hardships, Chantelle was an overall kind girl who was known for her sass. Whilst in school, she found herself skilled in both math and art, which her mother remembers her enjoying. When she was 15 years old, she became pregnant and gave birth to a baby girl named Fahtima. In April 2007, Vivian filed for custody of the child, a request that was granted.

Chantelle was last heard from in December 2007. At the time, her disappearance didn’t seem unusual, given her history of running away from home. Vivian simply assumed her daughter was on the streets somewhere, and the police would not get involved unless she got in trouble with the law.

It wasn’t until September 14, 2009 that the teenager was officially reported missing, nearly two years since she’d last contacted her family. This came after Vivian was unable to verify that she was in Vancouver, British Columbia, where it was believed she had travelled.

Chantelle’s case is currently being handled by the Grande Prairie detachment of the Royal Canadian Mounted Police. It had been temporarily transferred to the organization’s KARE unit, which investigates files of murdered and vulnerable individuals throughout Alberta, but the case was deemed to not fit its mandate. There have been no updates since this occurred, and the Bushie family claims to have not heard from investigators since 2012.

The authorities have said they are unable to share details about the case, given its ongoing nature. However, they have said that the investigator in charge regularly meets with a representative from the Canadian Centre for Child Protection to discuss Chantelle and other files.

Vivian is continuing to take care of Chantelle’s daughter. It’s become a priority of hers to teach Fahtima about the dangers she may encounter as an Indigenous woman in Canada.

Chantelle’s brother has struggled with alcoholism and drug use as a method of coping with her disappearance and Summer’s death. He has been in and out of jail.

Chantelle Alice Rose Bushie went missing from Grande Prairie, Alberta, Canada in December 2007. She was 16 years old. At the time of her disappearance, she was of a medium build, standing at 5’5″ and weighing approximately 119 pounds. She has short black hair and brown eyes, and has a tattoo of the letters “VT” on her left hand, which represent her parents’ initials.

Currently, the case is classified as endangered missing. If alive, she would be 29 years old.