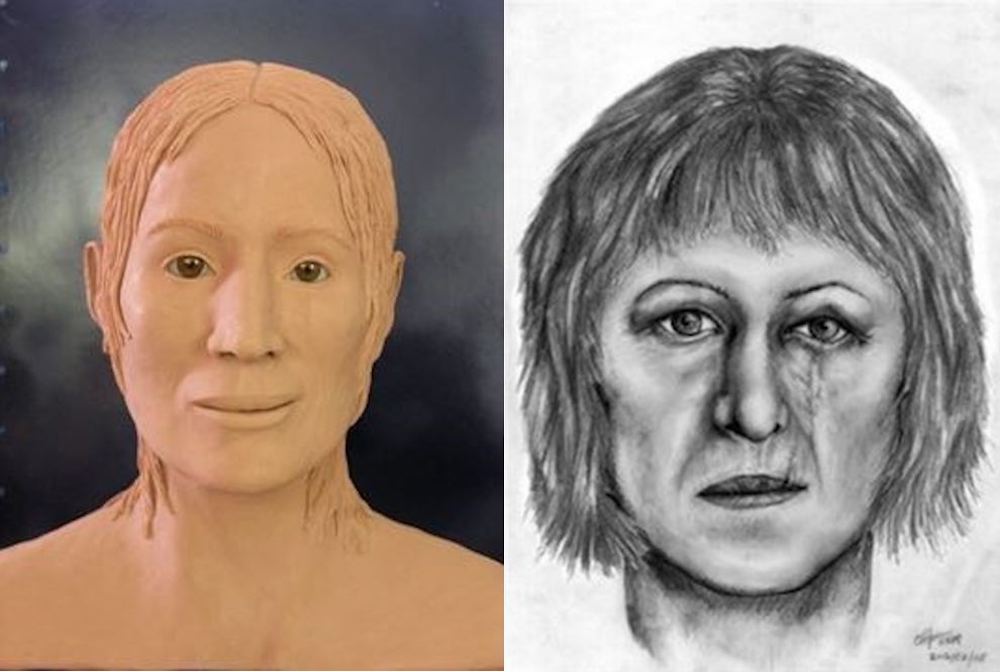 On August 28, 2005, a bicyclist cycling through a picnic area in Eramosa Township, Ontario discovered the concealed body of a deceased female. The area, which is a wooded rest stop, runs along Highway 7.

An autopsy was performed on the body upon it being brought in for examination, where it was learnt Jane Doe’s death had occurred approximately two to six weeks prior to her being discovered. Given the body was partially decomposed, a cause of death could not be determined and a toxicology report couldn’t be drawn up. However, it was noted that Jane Doe had suffered no recent injuries, and there were no signs of sexual assault.

Currently, police are of the belief that foul play was involved, as it appears her body had been dragged about 10 metres away from the picnic area into the surrounding woods.

Jane Doe is described as being a white female, and is believed to have been between 25 and 45 years of age. She stood between 5’4″ and 5’6″ and weighed approximately 130 pounds.

Given the level of decomposition, her eye colour is unknown. Her hair was a medium brown colour, but had recently been lightened to a reddish brown. She was of medium build and had at some point in her life suffered injuries to her face, consisting of a broken nose, a broken left cheek and damage to her left eye socket. Due to the injuries, she had an upper dental plate to replace a missing incisor and canine tooth. However, there was no ID number on the plate. While the injuries were well-healed, they most likely would have resulted in a facial deformity.

Examination of the body also discovered Jane Doe suffered from arthritis, which affected her neck area, all the way down to her lower back. This was a result of an accident and not of aging.

At the time of her discovery, Jane Doe was wearing white thong-style Rivage Intimate underwear with a small bow at the waist; a pink 725 Originals bra with “31” on the left cup; black Illegal Jeanswear corduroy shorts with two horizontal zippered front pockets and two back pockets with button-down flaps; and a beige Atmosphere tank top with 1″ straps and a round neckline. According to police, her clothes appear to have been purchased in the Montreal, Quebec area.

When discovered, Jane Doe’s body had been concealed by a Woods brand sleeping bag. The bag was known to be sold at Canadian Tire, with the colour being manufactured until 2004. It was in good condition.

Police believe Jane Doe may have recently immigrated to Canada from Europe before her death.

1) Elaine Dumba, who went missing from Vancouver, British Columbia in 1989.

Jane Doe’s dental records are currently available, as are DNA samples and her fingerprints. A cash reward of $50,000 is being offered by the Government of Ontario for any information that leads to the identification of Jane Doe and the circumstances surrounding her death.