*This article refers to the John Doe commonly known as Septic Tank Sam. In respect for the victim, it will refer to him as Sam Doe.*

On April 13, 1977, Charlie and Mavis McLeod of Tofield, Alberta were looking to install a new septic tank on their property. Looking to save money, they searched out the old septic tank on a farm they’d since abandoned, so they could use its pump.

Upon locating the 1.8 metre-deep tank, they saw what appeared to be a shoe and sock sticking out of the water. Concerned, they contacted the Tofield detachment of the Royal Canadian Mounted Police, who sent two officers to investigate.

Using a mechanism made from a block of wood, a piece of screen and a five-gallon ice cream pail, they scooped out the sludge from the tank to reveal a decomposing human body, which appeared to have been thrown in head-first.

The remains were brought to Edmonton. Due to the state of decomposition, as well as mutilation done to the remains, it took medical examiners months to determine they were looking at a deceased male.

Based on the examine, it was determined Sam Doe had died between four months to a year before he was found. His body had been covered in quicklime, presumably to hasten the speed of decomposition. However, it had the opposite effect and partially mummified the remains.

The wounds on his body told a story of torture. He had been shot twice in the head and chest, and there were burns on his body caused by a small butane blowtorch and cigarettes. He’d also been severely beaten and sexually mutilated. According to the medical examiners, it’s likely he suffered more flesh wounds that hadn’t been deep enough to hit bone.

About 20 RCMP officers worked on the initial investigation, handing out brochures and canvassing the local area. They also reviewed over 250 missing persons posters, sent the deceased’s dental records to over 800 Albertan dentists and published them in Canadian dental magazines and on nationwide bulletins.

Based on the remoteness of the site, investigators suspected the killer was familiar with the area. They also believed they likely knew the victim, due to the viciousness of the crime. Given the lack of evidence in the septic tank, it’s likely Sam Doe was murdered elsewhere and his body dumped in the tank.

Without knowledge of his true identity, Sam Doe was dubbed “Septic Tank Sam” by investigators and buried in an unmarked pauper’s grave in Edmonton.

In 1978, the RCMP launched a media push for information, which resulted in numerous false confessions. A year later, Oklahoma-based forensic pathologist Dr. Clyde Snow was asked to create a reconstruction of Sam Doe’s skull. His remains were exhumed, and Dr. Snow took 50 measurements of his skull and 75 of his bones and fed the information into a computer program. From there, he was able to create a composite sketch, which was circulated across Canada.

Desperate for new leads, the RCMP released new details in 1983 that had previously been withheld from the public. It was learnt Sam Doe had been rolled up in a yellow bed sheet that was tied around his body with nylon rope. It’s believed he was tied down to a bed while being tortured and was lying atop the yellow sheet. He also had burn marks on his shirt sleeves, pant legs and on one sock, where the murderer had burned the sole of his foot. It was also noted that the crotch area of his jeans had been cut out with farming shears before he was sexually mutilated.

In 2000, Sam Doe’s remains were exhumed once more, this time by Edmonton medical examiner Cyril Chan, who produced a new reconstruction of what he may have looked like when alive.

In 2018, the RCMP launched its National Children and Missing Persons Unidentified Remains database, which allows them to compare the DNA from unidentified remains to that of living relatives who provide a sample. The hope is that it’ll be used to finally identify Sam Doe.

Many have speculated as to why Sam Doe was killed, with specific focus on the sexual mutilation. Some believe the murder may be related to Edmonton-based criminals or drug dealers, while others believe him to have committed a sexual act against a child or an ex-partner. It’s also rumoured he was a local swinger who was murdered after something went wrong during an encounter.

The abandoned farmhouse where Sam Doe was found has since been turned into residential subdivisions.

Sam Doe is described as an Indigenous man with possible Caucasian admixture between the ages of 26 and 40. More recent estimates place him between 26 and 32 years old. He had a medium build, standing at 5’5″ to 5’7″ and weighing approximately 145 to 165 pounds. He had brown hair. His eye colour is unknown due to the level of decomposition present. When found, he was wearing a blue Levi shirt with snap buttons, a grey t-shirt, blue jeans, grey wool socks and brown imitation Wallabee shoes.

His teeth were said to be in generally poor condition. There were some fillings, and it looked like he’d had dental work done prior to his death. It was consistent with less finished work, suggesting he was likely on government financial assistance. His teeth and bones also showed he’d suffered an illness when he was five years old, but the type hasn’t been publicly released.

Based on his clothing, it’s believed he was either a migrant worker, construction worker or farm labourer. As no one came forward to identify him, it’s suspected he wasn’t from Alberta, had no close relatives and/or lived a transient lifestyle.

Sam Doe’s dentals and DNA are available for comparison. 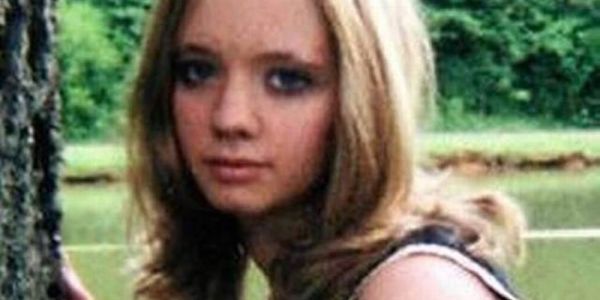 The Disappearance of Jamie Fraley

Cheerleader in the Trunk 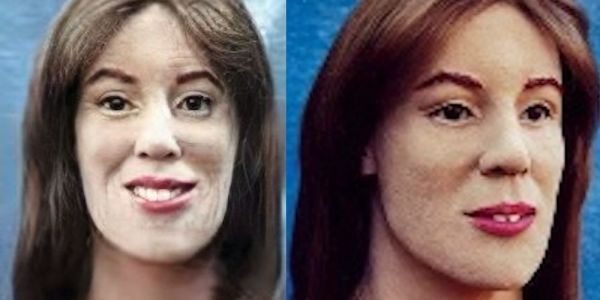