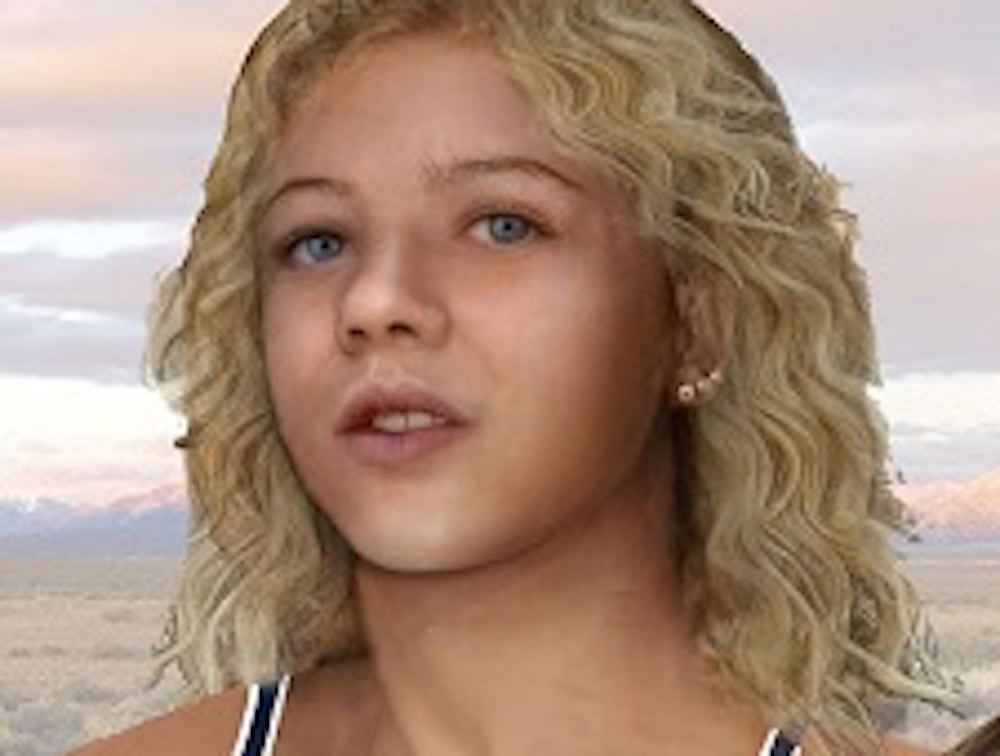 By Stories of the Unsolved in John & Jane Doe, Unsolved on April 15, 2021
No comments

On July 11, 1978, a foreman with the New Mexico Highway Department of Transportation was working along Highway 219, at the junction of I-40 and US Highway 84, when he came across the body of a deceased female. The location is in Guadalupe County, New Mexico, just outside of the city of Santa Rosa.

An autopsy was conducted upon Jane Doe’s body being brought to the medical examiner’s office, where it was discovered she’d likely died a few hours to a couple of days prior due to two gunshot wounds to the back of the head. The murder was done with the use of a .22 caliber gun.

Given the cause of death, as well as testimony from two individuals involved, the case was classified as a homicide.

The deceased is described as a white female between the ages of 17 and 25. According to information given by her killers, it’s possible she was born in early July 1978. She stood at 5’8″ and weighed approximately 145 pounds. She had blue eyes and her hair was strawberry blonde in colour. It’s speculated her natural hair colour was a medium brown, given the colour of her pubic hair.

When found, Jane Doe was wearing a white and navy vest/halter top-type denim shirt; blue denim cut-offs; a pair of brown moccasins; Native American-style jewellery; and a bandana that was worn either around her neck or her head. Her left ear was pierced three times and the right was pierced twice.

An examination of her teeth showed she’d received dental care throughout her life, up until three to nine months before her murder. She had four fillings, and only one wisdom tooth was present. She had type-O+ blood.

Her murder has been connected to Ronald Lanphear and Diana Geisinger, a couple who have been connected to three deaths during July 1978. The pair were arrested on October 14 and 18, 1978, respectively, with Lanphear being sentenced to death after Geisinger turned prosecution’s witness.

According to Geisinger, Lanphear escaped from Elk Point, South Dakota on either July 8 or 9, 1978 and travelled to Sioux City, Iowa, where she resided. At the time, she was seven months pregnant, and the pair were planning on getting married in Las Vegas, Nevada before settling in Texas, where Lanphear had found work.

During their trip, they made a stop at a gas station in Emporia, Kansas. They robbed the station and killed the attendant who was on duty. After fleeing, they spent a couple of hours at a motel in Perry, Oklahoma, where they met Jane Doe around 10:00pm on either July 9 or 10, 1978. She’d told them she was a 17-year-old who was on her way to see her mother in California and had been dropped off in Perry by someone she’d hitched a ride with.

At some point, they stopped for coffee and went to a bar. On July 11, 1978, she’d asked the pair if they could stop at a payphone, so she could call her mother, as it was her birthday. As she was let out of the car along the highway, Lanphear took out his gun and shot her in the back of the head. She was then shot a second time before being robbed and rolled off a cliff. She had her birth certificate, a coin purse with $1.50 and her guitar taken. Lanphear and Geisinger then left the scene and headed for Nevada, where they pawned the guitar in Henderson.

On July 13, 1978, the pair reached Las Vegas, where they spent the night at the casinos. They then travelled to San Bernardino, California, where they murdered Robert Unger after picking him up when their car broke down.

It should be noted that this version of events is based on Geisinger’s statement to authorities after her arrest.

In 2019, Jane Doe’s demure was sent to the University of North Texas for DNA analysis.

According to reports, Jane Doe’s DNA and dentals are available, but have yet to be entered into national databases.