The Disappearance of Tyler McMichael

By Stories of the Unsolved in Missing Persons, Unsolved on June 6, 2020
No comments

Tyler McMichael was born on September 28, 1998 to parents Anthony McMichael and Krista Mulholland. His family would later grow to included his stepmother, Rachel Brethour-McMichael, with whom he was very close with.

Tyler was described as outgoing and very personable – a person everyone liked upon meeting. He had a distinctive laugh that was infectious. He also had more quieter side to him. His parents say he was very soft-spoken and would sometimes stutter when he became nervous.

From the ages of 3 to 14, Tyler lived with Anthony and Rachel, before moving into a group home. After this, he and Anthony had what has been deemed a strained relationship, due to Tyler’s substance abuse and mental health issues. The pair wouldn’t reconnect until Tyler was three months clean. Anthony was the one to reach out, a move which resulted in the pair talking every day for the next year and a half.

Tyler had what is known as nystagmus, an eye condition which caused his eyes to jitter from side to side. This meant he had to tilt his head back, and had to look down in order to focus on an object. As such, he was unable to obtain a driver’s license and used a bicycle as his main form of transportation. He’s said to have enjoyed biking, often doing so when he was not walking somewhere.

In early May 2019, Tyler was admitted to the psychiatric unit of the London Health Sciences Centre in London, Ontario, based on a Form 3 – an involuntary hospital admission under Ontario’s Mental Health Act.

Early on May 24, 2019, Tyler called Krista, distraught, to apologize for not having been a better son. Later in the day, he left the hospital on a 30-minute pass. According to the LHSC, patients in its adult inpatient mental health program are allowed to receive “patient therapeutic passes”, which allow them to leave the premises, in order to better aid their re-integration into society. Depending on the assessment conducted by the program’s care team, one may leave unaccompanied or in the company of someone else.

Upon leaving the hospital, Tyler called Anthony to tell him he wouldn’t be returning to the hospital. He also asked his father if he’d be okay with him disappearing, as he was feeling suicidal at the time, to which Anthony responded that he would be devastated. Wanting to help his son, Anthony urged him to visit his and Rachel’s home in Blenheim, located in Chatham-Kent County, to which Tyler agreed. He’d planned to bike there via Highway 2, something he’d been planning on doing during the past year and a half.

At 7:45pm, the last confirmed sighting of Tyler occurred, at the intersection of Commissioners Road East and Wellington Road.

At around 9:30pm, Tyler called Krista from Victoria Park in downtown London, to tell her of his plans to bike to Blenheim. He told her he’d be stopping by her house before in order to grab a bike light, but never showed up. This didn’t strike Krista as odd, as Tyler was known to not always show up when he said he would. However, she’d hoped he would, as she’d wanted to offer him a ride, as it wouldn’t have been safe for him to make the trip at night.

The Monday after this, the police contacted Anthony to tell him Tyler never returned on the hospital. As such, he had been deemed a missing person.

On May 29, 2019, the London Police Service sent out a media release, asking for the public’s help in locating Tyler. Just over a week later, on June 8, there was a reported sighting on him in downtown London.

In order to better spread awareness of the case, posters were placed around the mission area and in places were homeless people were known to frequent.

In July 2019, investigators received numerous tips, which pointed to Tyler still being in the London area. A few months later, in October 2019, there was a supposed sighting of him at the intersection of Waterloo Street and Dundas Street. The tipster said he’d been wearing a blue denim-coloured button-up shirt and a blue baseball cap. However, this sighting has not been confirmed.

In November 2019, the London Police Service renewed their appeal for information.

The case was taken on by the non-profit Please Bring Me Home in March 2020. It includes volunteers, which are made up of private detectives and retired police officers, who have expertise in forensic anthropology, search and rescue, and underwater rescue. The group also has access to ground-penetrating radar and human detection dogs.

There has been no activity on Tyler’s bank account since his disappearance, and his cellphone has been disconnected.

Anthony used to make regular trips to London to try and locate Tyler. Hoping he was simply living on the streets, he placed missing persons flyers throughout the city and would ask those he came across if they knew anything of his whereabouts.

On the one-year anniversary of Tyler’s disappearance, his family asked residents along Highway 2 and those living between London and Chatham-Kent to leave their porch lights on overnight, in order to light his way home.

The London Police Service is still actively investigating the case and is seeking the public’s assistance in locating Tyler. While neither they or the LHSC have confirmed that he was a patient at the hospital, the family has said he was not formally discharged. It’s believed he may have been headed to the Chatham-Kent area on his bicycle, and if he is still in London may be going by the name “Sidney”.

His family and friends are concerned for his welfare, as it’s out-of-character for him to be out of contact for such a long period of time. While he was known to distance himself during relapse, he would always touch base with Krista.

Krista still holds out hope that Tyler will be found alive, as his body has not been located. Anthony shares all leads that come in with the lead investigator in the case, but no new sightings of Tyler have been confirmed.

Tyler “Sidney” McMichael was last seen at the intersection of Commissioners Road East and Wellington Road in London, Ontario on May 24, 2019. He was 20 years old, and was last seen wearing a red and black plaid shirt, black pants and brown shoes. At the time of his disappearance, he stood at 5’10”, weighed approximately 170 pounds and had a slim build. He has short, light brown hair, which may now be shaved, and blue-green eyes. He has a very light brown birthmark on his cheek, which is usually covered by a goatee, and is said to have a small cross tattoo on his hand, with three lines underneath. He may not have any money or his ID on him.

Currently, his case is classified as a missing persons investigation. If alive, he would be 21 years old. 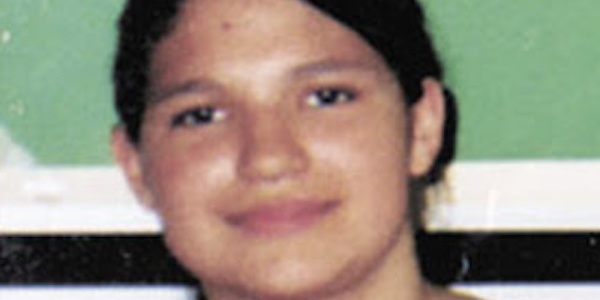