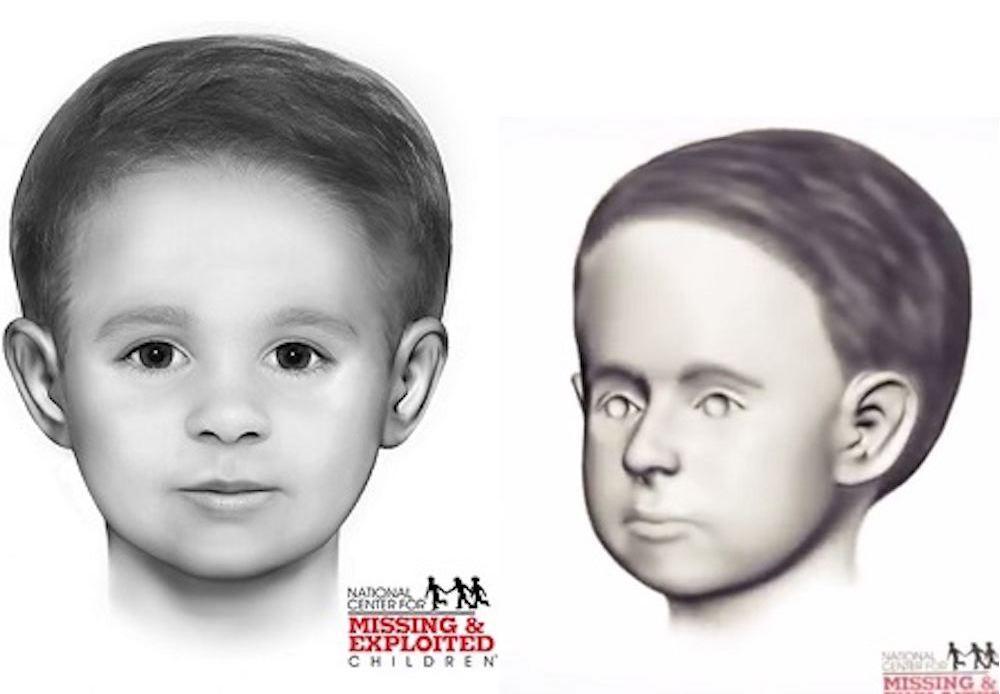 On March 9, 1976, an apartment superintendent working at an apartment complex on Winston Drive in Greece, Monroe County, New York found a 5’x7′ blue storage trunk in the building’s basement storage area. Upon opening it, he discovered skeletal remains wrapped in a white or yellow blanket, as well as a water and mildew repellent khaki-coloured Sears Super Tarp.

The town in which the remains were found is located west of Rochester, New York, in the northwest part of the state.

At the time of discovery, the remains were believed to have belonged to a female between the ages of twenty months and 2 years. However, they were exhumed in 2017 and found to actually belong to a male.

John Doe’s bones showed signs of severe malnutrition, which indicates he may have been neglected during his short life. While his cause of death remains undetermined, it’s believed he died six months to one year before being found, between 1974 and 1975.

Currently, John Doe’s race is unknown, but it’s believed he could have been either white or Native. He’s estimated to have been between 3 to 5 years old. His height, weight and eye colour are unknown due to the state of remains, but hairs found in the trunk show he had fine light brown to black hair that was straight. When discovered, he was wearing a light blue woollen pyjama top, which featured a deer design on the left chest area, and a plastic diaper that was secured by two stainless steel diaper pins with blue heads.

John Doe’s skull showed a prominent bulge on the left parieto-occipital region. The bones in this area were partially depressed, without linear fracture lines coming from the area of separation, and showed cranial surgery had been performed well before he was deceased. While the cause of the abnormality is unknown, it’s believed to have occurred before death and be related to the neglect he suffered while alive. It’s probable it caused – and was related to – other health problems that affected his nutrition and health.

It’s likely John Doe could not walk, which may have resulted in him being confined for most of his life. He also may have had developmental deficiencies.

Upon the remains being discovered, 40 residents of the apartment complex were interviewed, but were unable to provide much information. As well, since the clothes he was wearing were commonly sold in the mid-1970s, investigators were unable to develop any leads.

In 2017, advanced pollen, DNA and isotope testing revealed John Doe had likely lived in the northwest United States for the first part of his life, before likely relocating to the southeast before his death. It’s currently unknown if he was alive when he arrived in New York.

John Doe’s DNA and dentals are currently available for comparison.