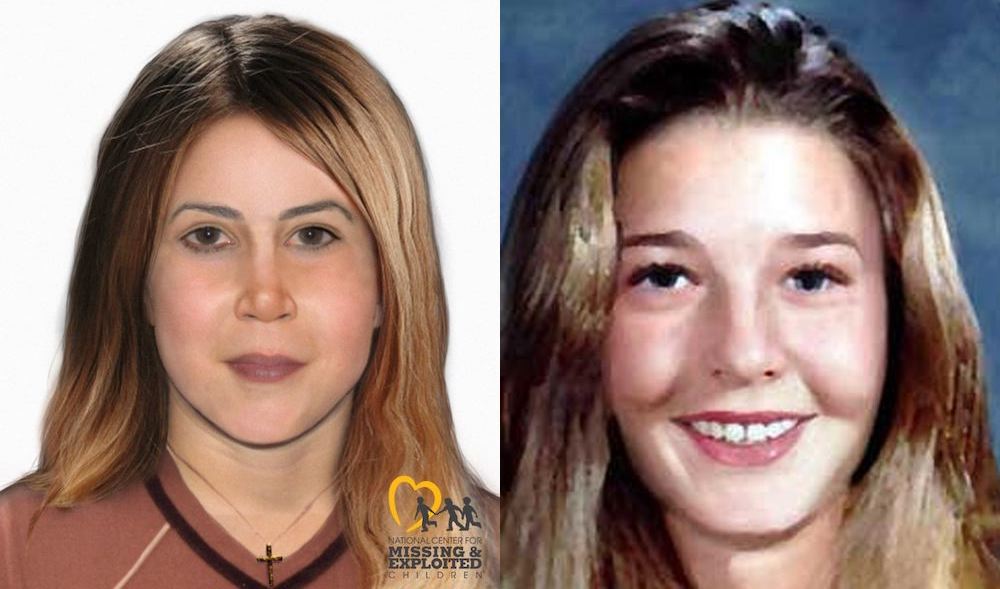 On July 15, 1982, a caretaker working at Cedar Ridge Cemetery in Blairstown, New Jersey discovered the body of an unidentified female. The body was located in a wooded area at the north end of the cemetery, just over the steep bank that leads down to a creek below, along Route 94. The body, which was partially clad, was lying on its back and had already begun to decompose.

In 1982, Blairstown was considered a rural farming community, with a population of less than 5,000. With the construction of I-80, its population began to grow.

An autopsy was performed upon the body being brought to the Morris Tri-County Medical Examiner Office, where it was initially believed Jane Doe had died weeks prior to being discovered. However, that date has since been shortened to just a few days prior, sometime around July 11, 1982.

While it is unknown if Jane Doe had been raped or sexually assaulted, as no semen was found due to the level of decomposition, the examination of the body indicated she had attempted to fight back against her killer, as there was trauma to her arms and hands. The cause of death was determined to be blunt force trauma to the head, with her face being bludgeoned beyond recognition. The weapon used to kill her remains unknown.

Given the level of decomposition, her blood had begun to ferment, so it is unknown if she had alcohol in her system around the time of her death. Toxicology reports showed she had not ingested any drugs.

There was no evidence to indicate Jane Doe’s murder had occurred at Cedar Ridge Cemetery. On July 22, 1983, she was laid to rest in the cemetery.

In order for her case to be easily distinguished, Lt. Eric Kranz gave her the name of “Princess Doe”.

Upon images of Jane Doe’s clothing being released to the public, a witness came forward to say she’d seen a woman matching her description at a store near the cemetery. Similarly, a mother and child came forward to say they might have seen Jane Doe at a supermarket located nearby, just two days before her body was discovered. She had been wearing a bun at the time and was described as having a stoic expression.

Police looked into whether Jane Doe was from the local area, looking at schools in New Jersey, eastern Pennsylvania and downstate New York. However, no one who attended the surrounding schools matched her description.

A woman called in a tip to the National Center for Missing and Exploited Children to say she had been working at a motel near Blairstown when Jane Doe checked in. This is believed to have been two days before she was murdered. While the woman couldn’t recall her name, she remembered her saying that she was runaway from Florida who was looking for work as a maid. She also mentioned that her father was a dentist.

Similar tips were called in from Ocean City, Maryland, where Jane Doe might have worked as a hotel housekeeper under various aliases.

On June 30, 1983, Jane Doe became the first unidentified person to be entered into the NCIC database.

Authorities have investigated the theory that Jane Doe may have been from Long Island and that she was killed by a pimp who became angry when she refused to take part in his prostitution ring.

In 1999, Arthur Kinlaw confessed to killing Jane Doe. He claimed she had been a prostitute. Kinlaw’s wife, Donna, said she had seen the two together and that after killing Jane Doe, he threatened Donna if she ever reported the murder to police. However, police doubt Kinlaw’s credibility and he has not been charged in the murder.

According to authorities, the case remains open and active. There have been no arrests in relation to it.

Jane Doe is described as white, and is believed to have been between 14 and 20 years old. Described as petite, she stood between 5’2″ and 5’4″ and weighed approximately 90 to 100 pounds.

She had straight, shoulder-length brown hair, which is believed to have been in a bun when she was last seen alive. Given the level of decomposition, her eye colour is unknown, as is if she had any scars or marks on her face. Jane Doe’s teeth are described as having been in fairly good condition. She had a few dental fillings, her two front teeth were darker than the rest and there was crowding in the lower anterior tooth.

Jane Doe was found wearing a v-neck pullover with yellow, blue and black piping; a gold chain with small white beads and a 14-karat gold cross with an ornate design; and a red, white and blue print wrap skirt with peacocks on the lower border. It’s possible her clothes came from a now-closed store located in Long Island and that her skirt and shirt were manufactured in the midwestern United States.

Her nipples were inverted. As well, her ears showed signs of having been pierced, even though she was not wearing earrings when found. While her left ear was double-pierced, it’s unknown if her right earlobe was, due to decomposition. She was wearing blue eye shadow, and there was nail polish on her right fingernails.

Jane Doe is described as well-nourished and it doesn’t appear as if she was homeless. There was no evidence that she was pregnant or had ever given birth.

Police believe her to be from Long Island and estranged from her family. As such, it’s thought she was a transient.

In 2012, hair samples and a tooth were examined through isotope analysis. These tests indicated that Jane Doe was most likely born in the United States and had lived 7 to 10 months in either the midwestern or northeastern portion on the country. It’s possible that she could have been from Arizona.

6) Toni McNatt-Chiappetta, who went missing from Clairton, Pennsylvania on November 11, 1981.

7) Judith O’Donnell, who went missing from Baltimore, Maryland on November 30, 1980.

8) Kathryn Quackenbush, who went missing from Delmar, Maryland on July 14, 1981.

9) Teresa Hammon, who went missing from Sacramento, California on May 8, 1981.

10) Michele Reidenbach, who went missing from Zelienople, Pennsylvania on October 6, 1981.

Jane Doe’s dentals, fingerprints and DNA are on file.