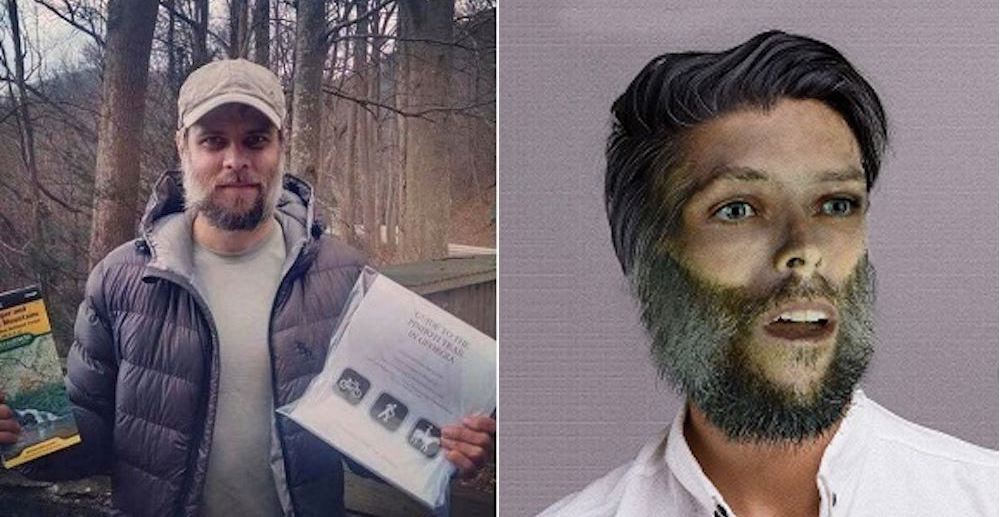 *UPDATE: The Collier County Sheriff’s Office has announced that Mostly Harmless is a Louisiana man by the name of Vance Rodriguez.*

On July 23, 2018, two male hikers decided to stop at a communal picnic table at Noble’s Campsite in Big Cypress National Preserve in Ochopee, Collier County, South Florida. The time was approximately 8:00pm, and they were looking to rest for a bit and grab some food and water. Upon their arrival, they noticed a yellow tent had been pitched near the picnic area. When they called out, they received no response and thus approached the tent, where, through the mesh lining, they saw a body. They called 911 to report their finding and investigators set to work trying to pinpoint their location.

The area where John Doe was located is about five miles north of I-75’s mile marker 63.

Upon John Doe’s remains being brought in for examination, it was determined he died of starvation and, as such, foul play is not suspected. He had no obvious injuries, and he’s believed to have died a few days before his body was found.

John Doe is described as white, and is believed to have been between 35 and 60 years old. He stood at 5’8″ and weighed 83 pounds. His hair, which is described as having been unkempt, was dark brown with grey, and he had a long beard of the same colour. His eyes were blue-grey in colour. When found, John Doe was wearing a beige shirt with neon green and grey accents; grey Russell shorts; Performance-brand underwear, size medium; and a soiled grey or white Columbia baseball hat, size medium. He was known to occasionally wear knee braces.

Despite being in poor help due to his low weight, his teeth were said to be in excellent condition, with no noted dental work present. He had a faint scar across his abdomen, and it appeared as though he was living in Big Cypress National Preserve. Hikers he came into contact with during his travels have not mentioned him having any distinct accent.

When found, John Doe had with him a yellow two-man Brooks-Range Mountaineering tent; a Foray yellow sleeping bag; two Outdoor Products hiking poles, which were black and copper in colour; one yellow and grey Isobutane 110G fuel cartridge; black Salomon hiking boots; a blue-green Nalgene water bottle; approximately $3,600 in cash; a small amount of food; and a notebook with coding written within it.

According to those who have called in tips to investigators, he’s known to have gone by the aliases of “Mostly Harmless”, “Ben Bilemy” and “Denim”. “Denim” is the name he was referred to as during the early days of his journey, as he was known to wear denim jeans. His “Mostly Harmless” nickname is potentially a reference to a character from Douglas Adams’ Hitchhiker’s Guide to the Galaxy, which possibly indicates an interest in science fiction. This is further corroborated by his love of Doctor Who, which he shared with another hiker. Finally, “Ben Bilemy” is the name he used to sign in at various hostels in Virginia, Georgia and Florida, and is believed to be an alias, as hikers aren’t allowed to sign into hostels using their trail names.

Some of John Doe’s forensic information has been entered into national databases, but all have come back without a match.

Police have received numerous tips and photos from hikers who encountered John Doe while travelling the Appalachian and Florida Trails, this after they did a social media blast closely after he was found. Several hikers came forward to say they’d not only met and interacted with him, but also stayed with him at hostels and were privy to certain details of his life. As such, investigators believe the following: he was likely born in Baton Rouge, Louisiana and came from Brooklyn, New York. He told people that he’d started hiking in New York state in April 2017, as he felt the need to disconnect, and appeared to be new to the activity, as he didn’t carry a phone, travelled without GPS and was carrying a needlessly large tent.

He may have worked in the technology industry for approximately a decade and had said he was working on a hiking app. He spoke about his plans to hike to Key West, Florida, before heading back north, and said he was only able to hike about 10 miles a day. When he discussed his personal life, he revealed his father had been abusive and, as such, he no longer kept in contact with his parents. He spoke of a sister, whom he may have been planning to visit in either Sarasota or Fort Meyers, and mentioned he had an ex-girlfriend. It should be noted that police have been unable to verify the reports regarding the existence of a potential sister.

John Doe was known to pay for things with cash. He purchased his tent, trail guide and maps, and jacket with cash, and in lieu of payment, he would often work at the hostels and campgrounds he stayed at. He also didn’t appear to have an interest in signing in or out of trail logs.

John Doe’s dentals and fingerprints are available for comparison. It’s currently unknown if his DNA has been uploaded to national databases.