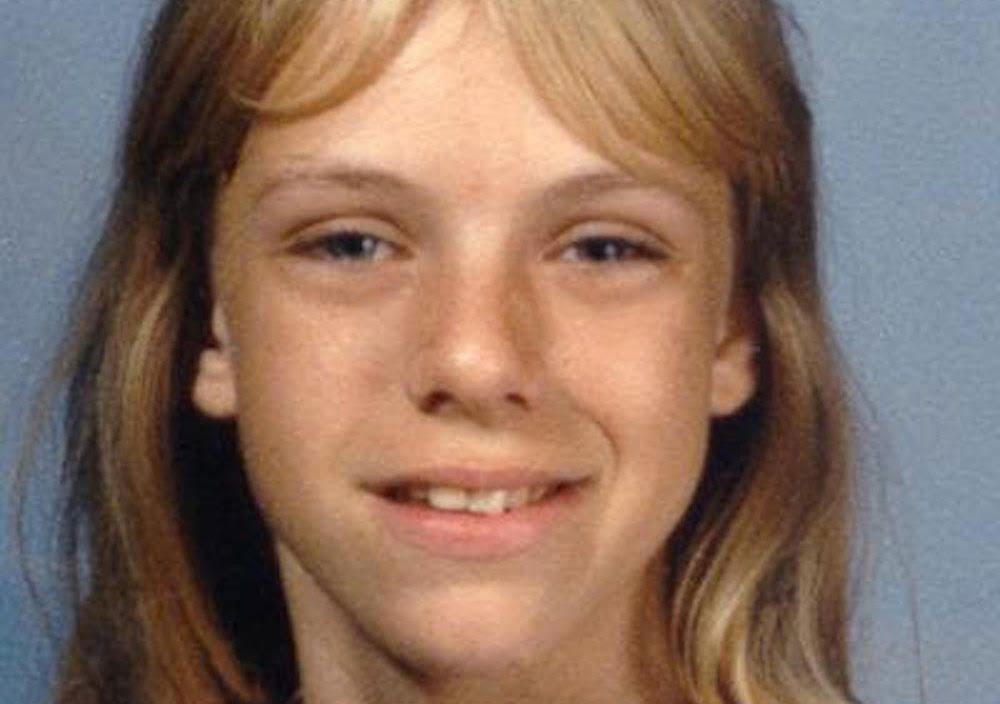 The Disappearance of Martha Jean Lambert

By Stories of the Unsolved in Missing Persons, Unsolved on July 15, 2019
No comments

Martha Jean Lambert was born on March 26, 1973 to parents Margaret and Howard Lambert. The youngest of three children, she lived in a trailer on Kerri Lynn Road in Elkton, St. Johns County, Florida with her parents and two brothers, David and Raymond.

Growing up, Martha’s home life was troubled. Howard was known to be an alcoholic and would often get into fights with the family. They also struggled to earn money. As a result, Martha and her brothers spent the majority of their early lives in the foster care system, and the two boys were said to have previously run away from home.

Despite her turbulent home life, Martha was described a friendly and shy, and someone who liked spending her time at her friends’ houses. While appearing unkempt resulted in her not having many friends, she was still a very trusting and happy girl, albeit known to be a bit shy. However, her shyness didn’t prevent her from being feisty if the situation dictated it.

At the time of her disappearance, she was a seventh grader at Ketterlinus Junior High School in St. Augustine, Florida. She was described as a good student who loved school.

On the evening of November 27, 1985, Martha and Margaret attended a social gathering at a neighbour’s residence. At around 7:30pm, she informed her mother that she would be running home for a bit, but would return within five minutes. Once at home, it’s reported that Martha asked her father when dinner would be ready, after which she left to return to the gathering.

After an unknown amount of time had passed, Margaret realized her daughter had not yet returned, so she began to look for her.

Upon Margaret returning home from the gathering, she noticed her son, David, was laughing, though he would not give any indication as to what he was laughing about or at. Margaret has since stated that this has always bothered her.

At 3:00am on November 28, after unsuccessfully locating Martha, the Lambert family notified the St. Johns County Sheriff’s Office of her disappearance.

Initially, police investigated Martha’s disappearance as a runaway case. However, this has always been something Margaret has fought against, stating that, despite the problems at home, her daughter would never run away, nor would she enter the car of anyone, even that of a friend, without permission. Only upon further investigation did police eventually move away from the theory the young girl disappeared voluntarily.

During the early stages of the investigation, the family gave varying reports as to what happened the night she went missing. The only member not present in the area at the time was Raymond, who Margaret says was at church.

Police spoke with people from the neighbourhood to see if anyone had seen Martha, but no one knew of her location. Some stated that they’d last seen her walking west along Kerri Lynn Road the night of her disappearance, while others reported seeing a suspicious green van driving around the area. These latter sightings struck the neighbours as odd, as the vehicle was not known to the area and was only spotted around the time of Martha’s disappearance.

Since the beginning of the investigation, Margaret has been adamant that her daughter was kidnapped outside of their trailer. Police initially looked into this, but could find no evidence to support it. No one has ever been named as the missing girl’s kidnapper, nor has anyone ever been arrested in relation to her disappearance.

Two days after Martha was reported missing, about a dozen police officers with the St. Johns County Sheriff’s Office searched the wooded area behind the family’s trailer, but no evidence was uncovered.

In the early stages of the investigation, a spotlight was cast upon 14-year-old David, with police believing he knew more than he was letting on. He gave varying accounts regarding when he last saw his sister. The first story he relayed to authorities was that he’d seen her get into a black vehicle, yet no evidence was found to point to this being true. He later stated that Martha had left home after the pair ate dinner together and refused to tell him where she was going, despite him asking her for a location. Lastly, he told investigators that he’d last seen her walking to the L’il Champs convince store, located on State Road 207.

Police searched areas along Kerri Lynn Road and State Road 207, but could find no evidence related to Martha’s disappearance.

In 2000, David confessed to killing Martha after he was arrested for passing a bad cheque. According to him, he’d buried her body at a coquina mine on Holmes Boulevard that was known locally as “The Pitts”. However, investigators didn’t uncover a body and there was no evidence to prove she had been buried at the location, so charges weren’t laid.

Nine years later, in September 2009, David called investigators to once again confess to his sister’s murder. Sharing a different story to the one told in 2000, he claimed the incident had occurred while the pair were playing on the grounds of the then abandoned Florida Memorial College, located on King Street and Holmes Boulevard. David said that he and Martha had left the trailer after their parents started arguing over a burnt Thanksgiving turkey and decided to explore the college, which they regularly visited. It had broken windows, empty buildings and debris scattered across the ground.

Before arriving at the college, the pair had stopped for candy at a nearby convenience store and, according to David, once at the location had gotten into an argument over $20. This led to a physical altercation, with Martha slapping her brother, who, in turn, pushed her. Martha had fallen back, hitting her head on a piece of steel, which pierced the base of her skull and killed her. Panicked, David had called for help, but upon no one responding he grabbed a broken road sign, dug a 3′ hole and buried his sister on the college grounds.

According to police, David was overwhelmed with grief and emotion upon sharing this statement. When asked why he hadn’t informed his parents of what happened, he shared he had been scared they would kill him.

After David’s confession, investigators made considerable efforts to try and find Martha’s body in the area where the Florida Memorial College once stood, but were unable to locate any remains, despite cadaver dogs hinting at something. They had gone in not expecting to find anything, as in the mid-1990s, the college had been excavated for a planned Holmes Boulevard widening project, so it was believed the young girl’s remains had probably been mixed in with the debris.

In December 2009, David’s confession was made public. Upon hearing it, Margaret told the media that she didn’t believe what her son had said to be true, as he was known to make up stories in order to get attention. She also restated that she still thought others were responsible for Martha’s disappearance.

After hearing his mother’s statements, David recanted, stating in media interviews that he’d only told the police what they wanted to hear, given how much they’d wanted to close the case. He also shared he had emotional and mental problems, and that he didn’t know what happened to his sister. However, investigators believe his story to be true, due to his emotional response during the confession.

Given David was a minor at the time of Martha’s disappearance and the fact there was a statute of limitations on manslaughter in 1985, police did not file any charges against him. They have since said the case is closed, but are willing to reopen it if any new information or evidence comes to light.

Police have re-interviewed witnesses and possible suspects throughout the investigation, but have not uncovered any new information.

Martha’s disappearance remains the longest-running missing person investigation in St. Johns County history. Given what they’ve uncovered, investigators believe she met with foul play and is now deceased, this despite most agencies still classifying her case as either a non-family abduction or runaway. Her DNA and dental records are currently on file for comparison, in case she or her remains are discovered in the coming years.

1) The theory held by police is that David was involved in his sister’s disappearance. Specifically, they feel the story he shared regarding the incident at Florida Memorial College to be an accurate account of what occurred. However, without a body or evidence, they are unable to concretely prove this.

2) Margaret continues to hold the theory that Martha was kidnapped. While many agencies still classify her case as a non-family abduction or runaway, those with the St. Johns County Sheriff’s Office feel the young girl’s disappearance is the result of a homicide at the hands of her brother, David.

3) Margaret has also stated that her daughter could have been taken and is now being trafficked. However, there is no evidence to point the investigation in this direction, and the police have never publicly stated if this is an angle they’ve considered.

Martha’s disappearance is said to have crushed Howard, who has since died.

Margaret and Howard eventually divorced due to the strain Martha’s disappearance put on the family. Margaret eventually remarried and moved to Illinois, before returning to St. Johns County. She is said to regularly speak with David, but refuses to reveal where in Florida he is currently residing.

Martha Jean Lambert went missing from Elkton, Florida on November 27, 1985. At the time of her disappearance, she was 12 years old and was last seen wearing either a matching two-piece bathing suit or a short-sleeve sundress. She is described as 4’5″ and 70 pounds, with blue eyes and shoulder-length blonde hair. She has a birthmark on the front of her right thigh and one on her upper left chest, and her upper front teeth slightly protrude.

Currently, her case is classified as endangered missing. If alive, she would be 46 years old.

If you have any information regarding the case, you can contact the St. Johns County Sheriff’s Office at 904-824-8304.