The Disappearance of Asha Degree

Asha Degree was born on August 5, 1990 to parents Harold and Iquilla Degree. Growing up on Oakcrest Street in Shelby, North Carolina, she led a sheltered life, with her family placing an emphasis on education and church.

While attending Fallston Elementary School, Asha was known for being a model student. She frequently received good grades and would often finish her homework immediately upon returning home from school. Each morning, her older brother, O’Bryant Degree, would walk her to her fourth grade classroom.

At the time of her disappearance, she was just nine-years-old.

On February 12, 2000, Asha was playing a game with her basketball team when she fouled out. The game ended in the team’s first loss of the season and left the young girl in tears. However, her family says she appeared to return to normal after a little while.

February 13 was like any other Sunday in the Degree household. Asha and O’Bryant attended church in the morning, and Harold left for the nightshift at PPG Industries that afternoon.

At 8pm that night, both children went to bed in the room they shared and not long after the power went out throughout the neighbourhood, not coming back on until 12:30am. It was around this time that Harold returned home and checked on his children, who were both asleep in their beds.

Harold once again checked on Asha and O’Bryant around 2:30am, before he himself went to bed. Similar to earlier in the night, both children were still asleep.

At some point during the early hours of February 14, 2000, O’Bryant heard his sister’s bed squeak, but assumed she was just tossing and turning. However, Asha had woken up, gotten dressed and picked up her backpack, which had been filled with clothes and personal belongings.

That night, there was a rainstorm occurring in the Shelby area, which is one of many reasons why drivers were surprised to see the young girl walking along the side of North Carolina Highway 18. Between 3:45am and 4:15am, many truck drivers noted they saw Asha, with one attempting to approach her. After circling back around three times, he saw her run away into the woods, presumably spooked.

None of the drivers who saw Asha called authorities that night.

At 5:45am, Iquilla woke up to run a bath for her children. When she went to wake them up, she noticed Asha’s bed was empty. After a quick search of the house, where there were no signs of a break in and where the doors were still locked, Asha was nowhere to be seen. Iquilla then called Asha’s grandmother, who lived across the street. However, her daughter wasn’t there.

At 6:30am, Iquilla called the Cleveland County Sheriff’s Office to report her daughter missing.

Upon receiving the call on February 14, 2000, investigators immediately arrived on scene, combing the house and surrounding area for evidence regarding where Asha could have gone. Nothing was found in the house and, due to the heavy rain the night before, search dogs were unable to find a trail.

During the initial search, Iquilla walked around the neighbourhood, calling out for her daughter.

During a search of Asha’s room, Iquilla noticed numerous items missing, including her daughter’s black backpack, family photos, black Tweety Bird overalls and a Tweety Bird purse, blue jeans with a red stripe, black sneakers, a white long-sleeve shirt with purple lettering, her basketball uniform, a red vest with black trim, and a black and white long-sleeve t-shirt. Her house key was also missing, and none of her winter clothes had been touched.

Local news stations were quick to pick up the story, with the coverage resulting in the drivers who saw Asha walking along NC 18 calling in with tips. While at first their stories were questioned because they hadn’t called authorities the night they saw the missing girl, it was later deemed they were all credible witnesses, as their stories matched up.

On February 17, 2000, police honed in on a toolshed located behind Turner’s Upholstery, near where Asha was last seen. There, they found a marker, a pencil, candy wrappers and a Mickey Mouse hair bow, all of which were connected to the missing girl.

About a week or so after Asha went missing, investigators announced they would be calling off their search, with the sheriff asking the media to keep running the story, in order to keep Asha’s face in the public eye.. At this time, 300 tips had been received.

In August 2001, a contractor discovered Asha’s backpack at a construction site located about 26 miles north of her house, in the opposite direction to where she had been walking. It had been wrapped in trash bags, leading investigators to believe the missing girl could have met with foul play.

Not long after the backpack was found, police also uncovered animal bones, men’s khaki pants and a similar trash bag in a nearby area. All the items were sent for testing, but given the ongoing status of the investigation, the results have never been publicly released.

In 2004, an inmate told police that something related to the case could be found in Lawndale, North Carolina. All that was found were animal bones and the man’s information was discredited.

In 2010, an inmate in North Carolina claimed to be involved in Asha’s disappearance. Nothing has come from this and Asha’s mother doesn’t believe him to be involved.

The FBI announced in 2012 that it would be launching a multi-platform media campaign to help bring in new tips. Through the use of online promotion, media publicity, digital billboards and social media, they hoped the added exposure would jog the memory of those who might not have previously come forward.

In January 2014, police thought they might have caught a break when Donald Preston Ferguson plead guilty to the 1990 murder of seven-year-old Shalonda S. Poole. They thought he might have had some involvement in Asha’s disappearance, given the proximity of the crimes. However, they have never been able to link the two cases.

In 2015, there was a renewed search by investigators and the FBI, with the FBI announcing in May 2016 that they were looking for an early 1970s green Lincoln Mark IV or Thunderbird, based on a tip they’d received about someone who looked like Asha having been seen getting into a similar car around the time of her disappearance.

In September 2017, a FBI team with special experience in missing persons cases joined the investigation, where they interviewed past witnesses, as well as new people who might have information pertinent to the case.

The Cleveland County Sheriff’s Office announced in October 2018 that two new possible clues had come up in the case. The first was a library book from Fallston Elementary School, Dr. Seuss’ McElligot’s Pool, and it was asked that anyone who had this book around the time of Asha’s disappearance contact them, as library records didn’t span back that far. The second was a New Kids On The Block concert t-shirt, with police asking anyone who recognized the shirt or knew someone who owned one to give them a call.

It hasn’t been publicly shared how these two items are related to the case.

Currently, there is a $45,000 reward for information leading to the conclusion of the case.

1) It’s believed by the majority of those involved in the case that Asha ran away and later met with foul play. This is due to the fact her backpack had been pre-packed and was later found buried in a trash bag. However, there is still no consensus as to why she would have run away, given there were no issues in her home life. Some believe she could have been more upset about the basketball game than she initially let on, while others think there might be a connection between her disappearance and the book The Whipping Boy, which her class was reading at the time The book is about two children who run away to embark on adventures, before returning home to their kingdom unharmed.

2) There are some online who believe Asha could have been abducted from her home. However, the doors to the house were locked and there were no signs of forced entry. As well, O’Bryant didn’t hear any signs of a struggle, and Asha was spotted walking alone along NC 18.

While it is believed Asha met with foul play, investigators are still working on the assumption she’s alive.

Asha’s family is determined to keep the case in the public eye, having appeared on Oprah, The Montel Williams Show and America’s Most Wanted.

A scholarship has been set up in Asha’s name.

A large billboard with information about the case has been set up where Asha was last seen, in the hopes someone driving by will see it and call in with a new tip.

Asha’s family holds an annual walk to keep the case in the public eye. The route follows that which Asha took the night she disappeared, and all money raised goes toward the investigation.

Harold and Iquilla have never moved house or changed their phone number, in the hopes Asha will one day come home and/or call them.

O’Bryant now has his own family, with a young daughter whose middle name is Asha.

Asha Degree went missing from Shelby, North Carolina on February 14, 2000. She was nine-years-old and was last seen wearing a white long-sleeve shirt, white jeans and white sneakers. At the time of her disappearance, she was 4’6″ and 60 pounds. She has brown hair and brown eyes.

Currently, her case is classified as endangered missing. If alive, she would be 28 years old. 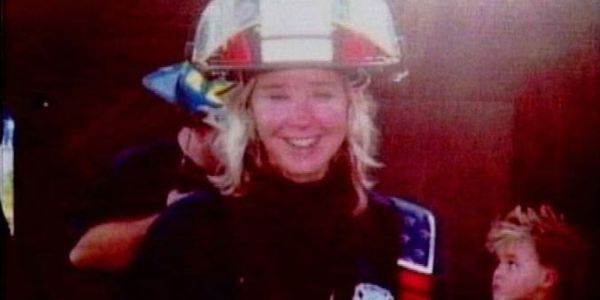 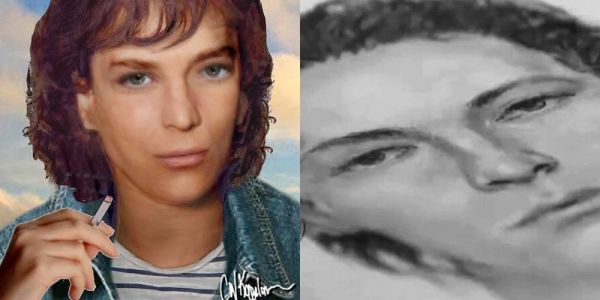