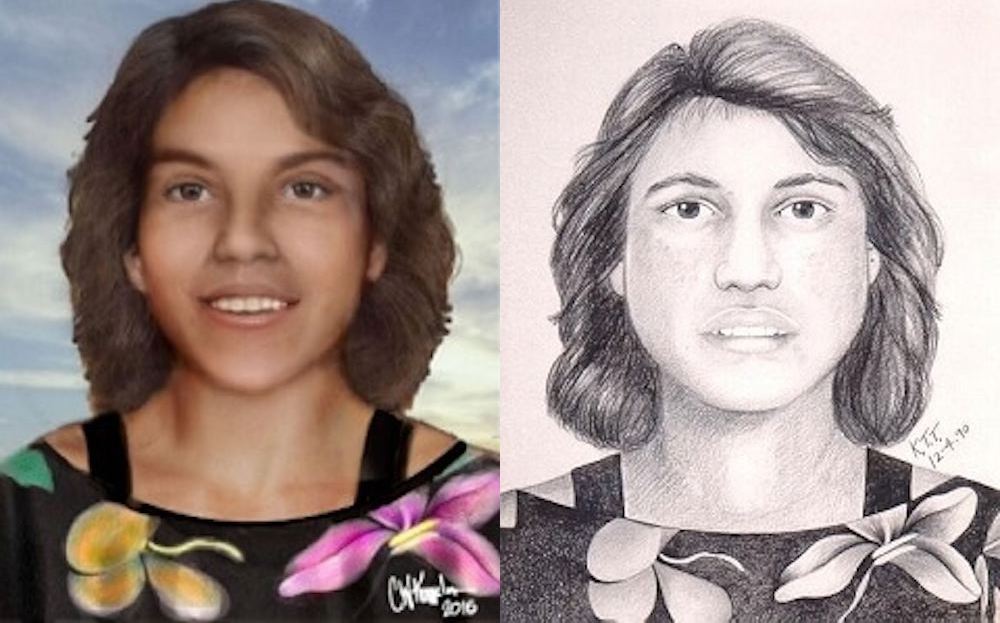 On November 1, 1990, the body of an unidentified female was located in a drainage ditch in the 1600 block of Cornerway Boulevard in San Antonio, Bexar County, Texas.

Upon Jane Doe’s remains being examined, it was determined she had likely died only a few hours before her body had been found.

While her cause of death is currently unknown, it’s likely a homicide, the result of being hit by a vehicle. This theory is due to the injuries she’d sustained to her left eye socket, which appeared to have been caused by a blunt object.

The deceased is described as a white female between the ages of 18 to 26. She stood anywhere from 5’1″ to 5’2″ and weighted between 115 to 125 pounds. She had brown hair and brown eyes. There was evidence she’d given birth at least once during her life, as she had a c-section scar on her abdomen, and she had a second scar on her right knee. She also had her right fallopian tube and ovary surgically removed, a procedure known as a Right Salpingo-Oophorectomy.

When found, she was wearing a black short-sleeve blouse with a multi-coloured floral design; cranberry-coloured shorts with the name “Cantu” written in ink on the right leg cuff; a white bra; and a pair of blue panties.

It’s theorized that “Cantu” may have been her surname.

1) Deborah A. McCall, who went missing from Downers Grove, Illinois on November 5, 1979.

Jane Doe’s dentals, DNA and fingerprints are available for comparison.