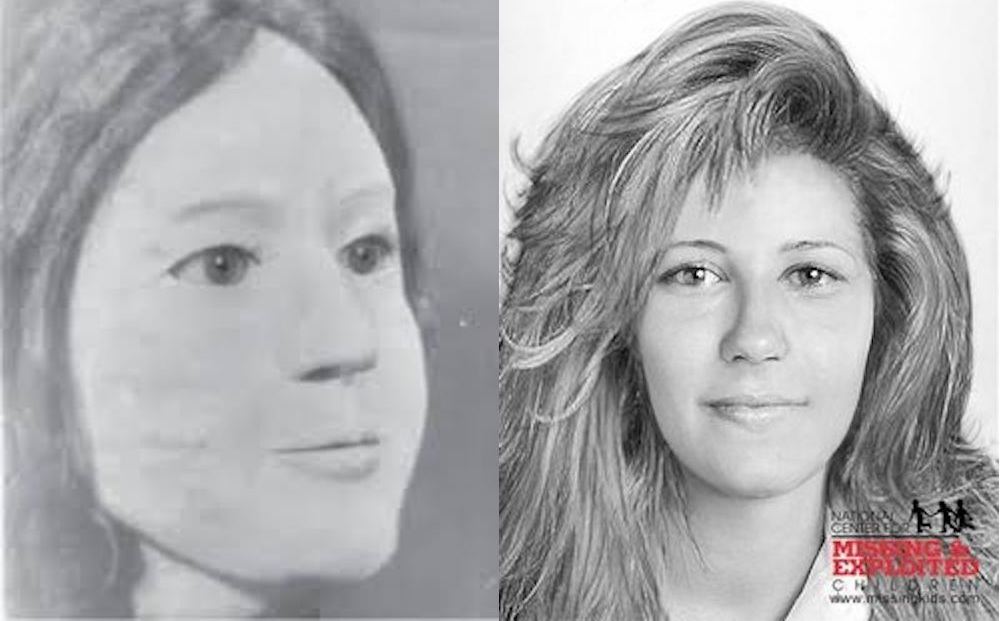 On July 17, 1980, electrical workers discovered the skeletal remains of a woman buried along a set of power lines near post two in Eklutna, Alaska. The area, which is heavily wooded, is about one mile south of South Eklutna Lake Road.

The body was brought to the Alaska State Medical Examiner’s Office, where it was learnt Jane Doe’s death had occurred approximately a year prior to her being discovered. While the remains were skeletal, a small amount of soft tissue remained.

Investigators were able to surmise she died as a result of stab wounds to her back.

Jane Doe is described as white, with possible Native American ancestry, and is believed to have been between 16 and 25 years old. She is said to have had a small frame, standing between 4’11” and 5’3″, with her weight unknown.

Due to the state of her remains, her eye colour is unknown. Her hair was long and light brown with a reddish tint. When found, she was wearing a pair of jeans; a light-coloured sleeveless knit sweater; a brown hip-length leather jacket; reddish-brown knee-high high-heeled vinyl boots with a nylon zipper on the side; a copper bracelet with a stamped flora design and three turquoise stones; a white shell ring with a brown inset ring; gold-plated twisted metal hoop earrings; and a gold-plated ladies chain-linked Timex wristwatch with a brown face and white hands. A pack of Salem brand matches were found in the pocket of her jacket.

She had no ID on her and her description didn’t match that of any existing missing persons reports. Alaska State Troopers believe she may have travelled to Alaska from either Washington or California.

Currently, police are of the belief Jane Doe’s death is a result of a homicide and that she is a victim of serial killer Robert Hansen, who admitted to her murder in 1984. He claimed she was either a prostitute or topless dancer whom he killed upon her trying to escape his vehicle on the way back to his house.

3) Teresa Davis, who went missing from Tacoma, Washington on November 1, 1973.

Jane Doe’s dental records are currently available and DNA samples have been processed.