On March 28, 1979, the decapitated remains of an unidentified male were located in Mount Baldy, Los Angeles County, California. The remains, which had begun to decompose and were partially skeletal, were found approximately 425′ down a ravine on Glendora Ridge Road, near mile marker 10.74.

Nearly two months later, on May 22, 1979, the victim’s skull was found in Claremont, California, approximately two miles away from where the initial remains were located. A coroner’s investigation would conclude the skull and remains belonged to the same person.

Upon the remains being brought in for examination, it was determined that John Doe had died approximately one week prior to being found, this based on the state of the body. While a cause of death could not be determined, it was deemed to be the result of a homicide.

According to investigators, the victim’s head was removed with a saw-like tool, which likely happened postmortem.

John Doe is described as white, with a light to medium complexion, and is believed to have been between 16 and 22 years of age. While his weight is currently unknown, he’s believed to have stood around 5’8″. However, estimates have also put is height anywhere from 5’7″ to 5’10”. His hair is described as having been blond to strawberry blond in colour and was approximately 4″ to 6″ in length. His eye colour is unknown due to the state the remains were in when found.

John Doe’s dentals revealed he’d received dental care during his life, as he had at least eight silver fillings. He also had a slight overbite and is said to have had a small gap in is upper central incisors.

A vaccine scar was noted on the upper portion of his left arm.

John Doe’s remains were found within a 10 mile radius of another body, which had also been decapitated.

John Doe’s DNA, dentals and fingerprints are available for comparison.

The Disappearance of Matthew Anfeldt 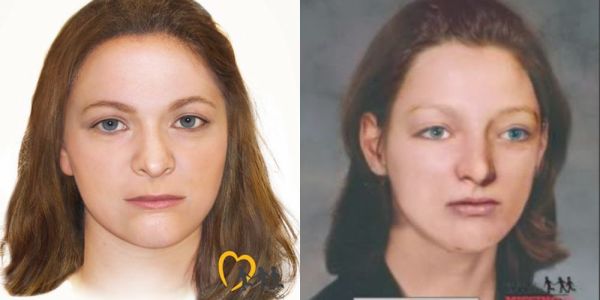