The Abduction & Murder of Adam Walsh

Adam Walsh was born on November 14, 1974 to parents John and Revé Walsh. Growing up in Hollywood, Florida, the young Walsh was an only child and the light of his parents’ lives. At the time of his abduction and murder, he was just six years old.

On July 27, 1981, Adam Walsh and his mother went to the Sears store at their local mall. Once there, Revé allowed for Adam to watch a group of older teenagers play video games, while she browsed a few aisles away. Less than 10 minutes had gone by when Revé went to retrieve her son, but he was nowhere to be seen.

Worried, Revé approached a store clerk and asked them to send out a page, asking for Adam to come to customer service. However, there was no response. Two hours later, the police were called and a ground and helicopter search began. Revé and Adam’s grandmother searched the mall, while John helped uniformed officers in their search.

A security guard who was working in Sears at the time came forward to say he’d kicked out the teenagers whom Adam had been watching, as they were causing trouble, and he recalled seeing Adam with them. Police believe it was not long after this that the young boy was abducted.

Four days passed and Adam still had yet to be found, so John and Revé made an appearance on Good Morning America to appeal for help. A few days later, the FBI became involved in the case.

On August 10, 1981, the severed head of Adam Walsh was discovered by two fisherman in a canal off the Florida Turnpike near Vero Beach, about 120 miles from where he had disappeared.

Adam’s body has never been found.

Early on in the investigation, witnesses claimed to have seen a tall, muscular man follow Adam out of Sears and pull him into a blue van. This led police to search for the van, but to no avail. Upon further investigation, these sightings were discredited.

Those closest to Adam were cleared of any involvement in his disappearance and murder. John and Revé both passed lie detector tests and John had an alibi.

On October 21, 1983, police announced they’d found Adam’s murderer, serial killer Ottis Toole. Toole had confessed to abducting the young boy from the mall, where he then drove him an hour away to an isolated dirt road and had his partner, Henry Lee Lucas, decapitate him with a bayonet.

Police noted that witnesses had seen Toole’s car, a white 1971 Cadillac, at the mall around the time of his disappearance. Two specifically recalled seeing Adam in the car, with one undergoing hypnosis to correctly identify damage to the car that had not been of public knowledge.

Upon receiving Toole’s confession, police brought his car in for examination. Blood was found, but given the lack of technology available at the time, they were unable to determine if it was Adam’s.

However, Toole’s story began to unravel and some suspected him of lying about being involved, as he had a history of confessing to crimes he had no involvement in. The first hole in the story was in regards to Lucas’ involvement. There was no way he could have been involved, given he was in a Virginia prison at the time.

Toole also couldn’t describe the colour of Adam’s hair or the clothes he’d been wearing. As well, he failed to identify the young boy on a missing person’s flyer, and his body wasn’t where Toole had said it would be. This led to the belief that a Jacksonville detective had fed him information about the case in order to try and cut a book deal, but this was proven to be false.

Eventually, Toole recanted his confession and the prosecutor was unable to charge him due to a lack of evidence. This would be the first of many times Toole would confess to the crime.

Despite these inconsistencies, Toole remained a prime suspect in the case, as he was aware of some details only the killer would know. There was also the story of a girl who claimed Toole had approached her in a Kmart at the mall where Adam went missing and had asked her if she wanted a ride in the basket of the cart he was pushing. She was able to ID Toole from the gap in his teeth.

Aside from Toole, many names were brought up in the investigation. One was that of serial killer Jeffery Dahmer, who had been in Florida around the time of Adam’s abduction and murder. Witnesses claimed to have seen a man matching Dahmer’s description at the mall, but police eventually ruled him out.

Another suspect was a landscaper and family friend, who had recently ended a secret affair with Revé Walsh two weeks prior. Police thought he might have killed Adam to get revenge, but he passed a lie detector test and was cleared.

A final person of interest was brought to the attention of police when a man came forward saying his former cellmate had bragged about the abduction, going so far as to say Adam had threatened to tell his parents and had demanded money. To keep him quiet, the man claimed his cellmate killed the boy.

This story was corroborated by a neighbour’s account, who said the man was missing from his residence at the time of the murder and when he returned he had reupholstered the front seat of his Plymouth Fury. However, the man’s employer said he had been at work all day and when put under a voice-stress analysis test, he passed.

He was cleared of any involvement by police.

Eventually, due to a lack of leads the case would go cold, until a 1994 development would put into question the competency of the Hollywood Police Department. A new detective assigned to the case asked for the blood-stained carpet samples and Toole’s car to be put under new DNA tests. However, it was discovered that both pieces of evidence had gone missing and were never able to be located.

On September 15, 1996, Toole died in prison of liver failure. He was 49 years old. On his deathbed, he admitted to his niece that he had, in fact, killed Adam, a confession she then phoned in to America’s Most Wanted, which John Walsh was hosting at the time. Toole’s body was buried at the state prison, after no family member came forward to claim his body.

In 2008, the Hollywood Police Department held a press conference to announce the case had officially been closed and Toole had been Adam’s killer. While they declined to share specifics about the evidence they had, they stated it wasn’t DNA related. It had been decided they wouldn’t be seeking a posthumous indictment.

During the press conference, the department acknowledged the numerous missteps that had been taken in the investigation and made a public apology to the Walsh family.

John and Revé Walsh eventually went on to have three more children after Adam’s death: Meghan, Hayden and Callahan. Not long after his death, the pair started the Adam Walsh Outreach Center for Missing Children.

Adam’s abduction and murder sparked a huge spike in fear around stranger abductions in the United States, creating mass paranoia. Officials stated this distracted from the reality that most threats to children come from family and those close to them, and that the numbers used had been inflated to include those of runaways and children missing during custody disputes.

Adam’s case helped to launched numerous initiatives when it came to finding missing children. Faces were put on milk cartons, shopping bags and mailbox flyers, and it led to the creation of fingerprinting programs and increased security at schools and stores. It also spurred the creation of missing persons units at every large police department across the country.

In 1988, America’s Most Wanted debuted on Fox, with John Walsh as host. This would be the first of many shows he’d appear on in relation to crime in America. He currently hosts The Hunt with John Walsh on CNN.

In 1994, big box retailers across the United States implemented “Code Adam” calls, which have store clerks mobilize when a child is reported missing. 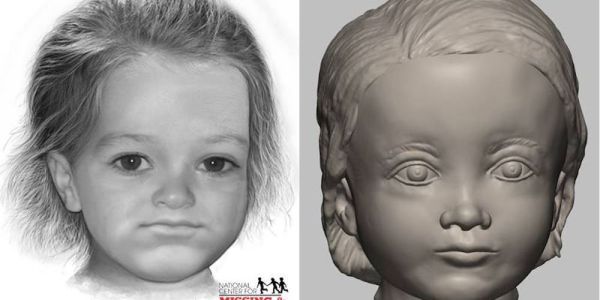